5 Best Game of Thrones Merchandise in 2022 - Reviews and prices

Game of Thrones has seen new growth in popularity thanks to a release of a prequel series. The book series is also far from finished, the author is planning two more books and this keeps the fanbase excited. Reason enough for us to find and tell you about the coolest merchandise for Game of Thrones. Here you can find the most exciting and coolest merchandise for your favorite TV and book series!

Game of Thrones Hoodie "Winter Is Coming" (under $50)

To make sure you're ready for the cold winter, this cool "Game of Thrones" hoodie is just the thing to keep you warm. You can get them in different colors and it will be adorned with the direwolf, the house symbol of the Starks, as well as the saying "Winter is Coming". 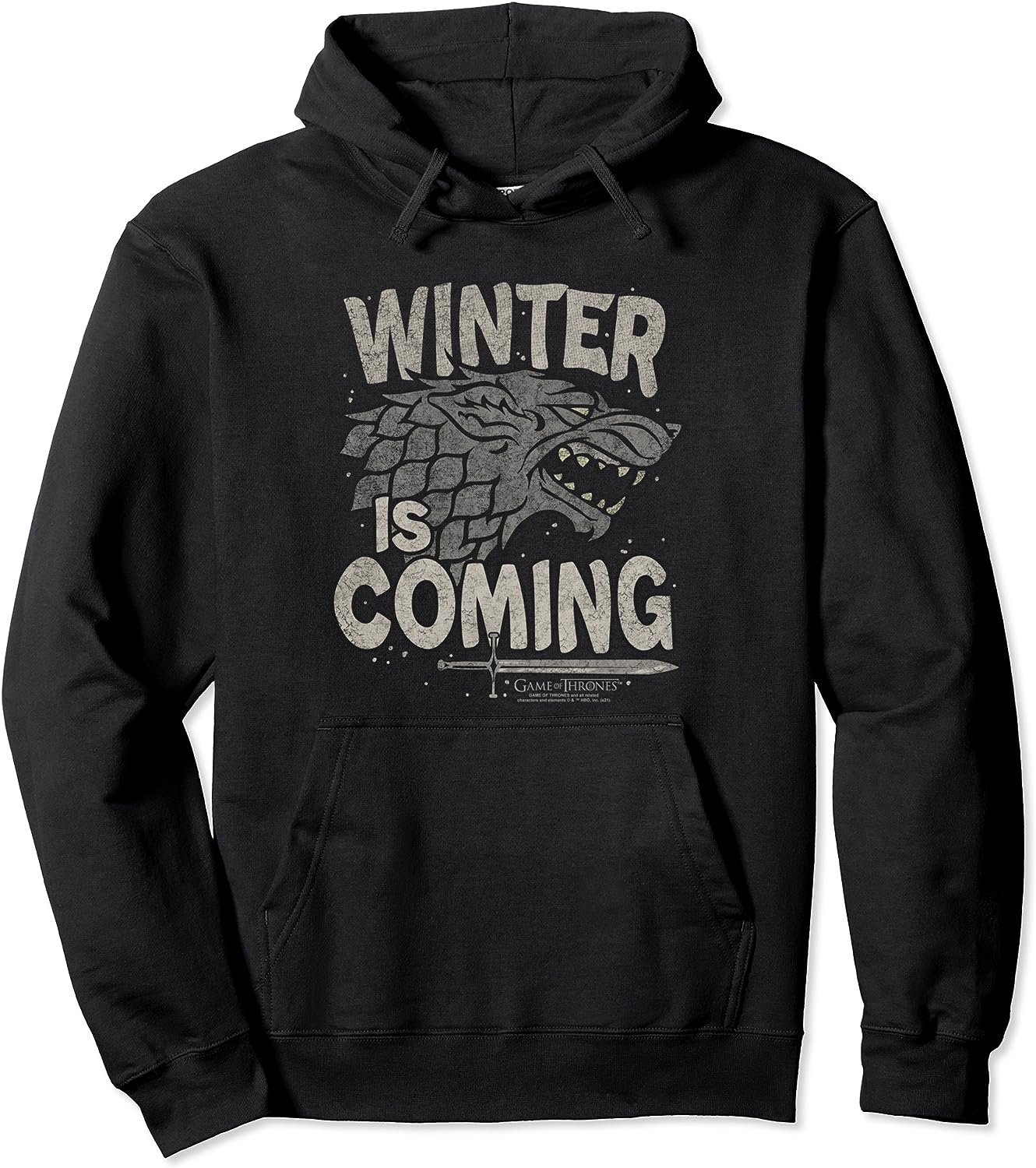 You definitely would have looked fine alongside Jon Snow in the Battle of the Bastards with this sword. It's sure to look good on your living room wall too. The decorative sword is a detailed replica of Jon Snow's sword with Ghost's original direwolf head and is made of polished stainless steel and a faux leather grip strap.

Game of Thrones Shot Glasses (under $20)

Wine is drunk more than enough in Westeros. If you want to have a sip during your favorite GoT episode, you shouldn't miss out on these cool shot glasses. In total, you get 4 glasses with the coats of arms of the Stark, Targaryen, Lannister, and Baratheon families.

Game of Thrones Blanket (under $50)

What could be better than snuggling up in the perfect blanket and watching Cersei, Jon Snow, and fight, fall in love and get into all kinds of trouble? We have found the most beautiful blanket for your series marathon! Of, course you can find other ones if you are not a fan of Targaryen but we decided that this is in line with a new series. 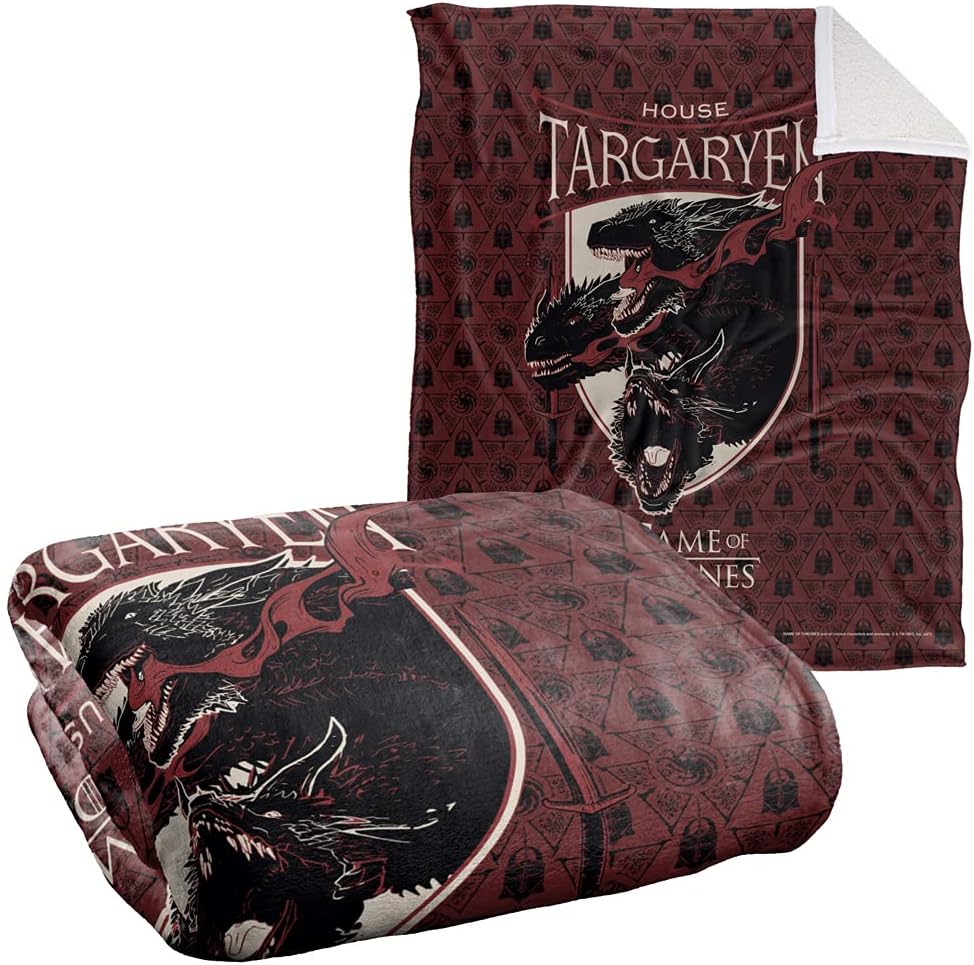 Game of Thrones Figures (under $40)

Anyone who would like to put their favorite character from "Game of Thrones" in their living room can now do so easily with Funko Pop figures. Although the figures are a bit smaller than the original, they look great on the windowsill or on the shelf. We have chosen Jon Snow on the Iron Throne, but there are also Tyrion, Daenerys, and many more. 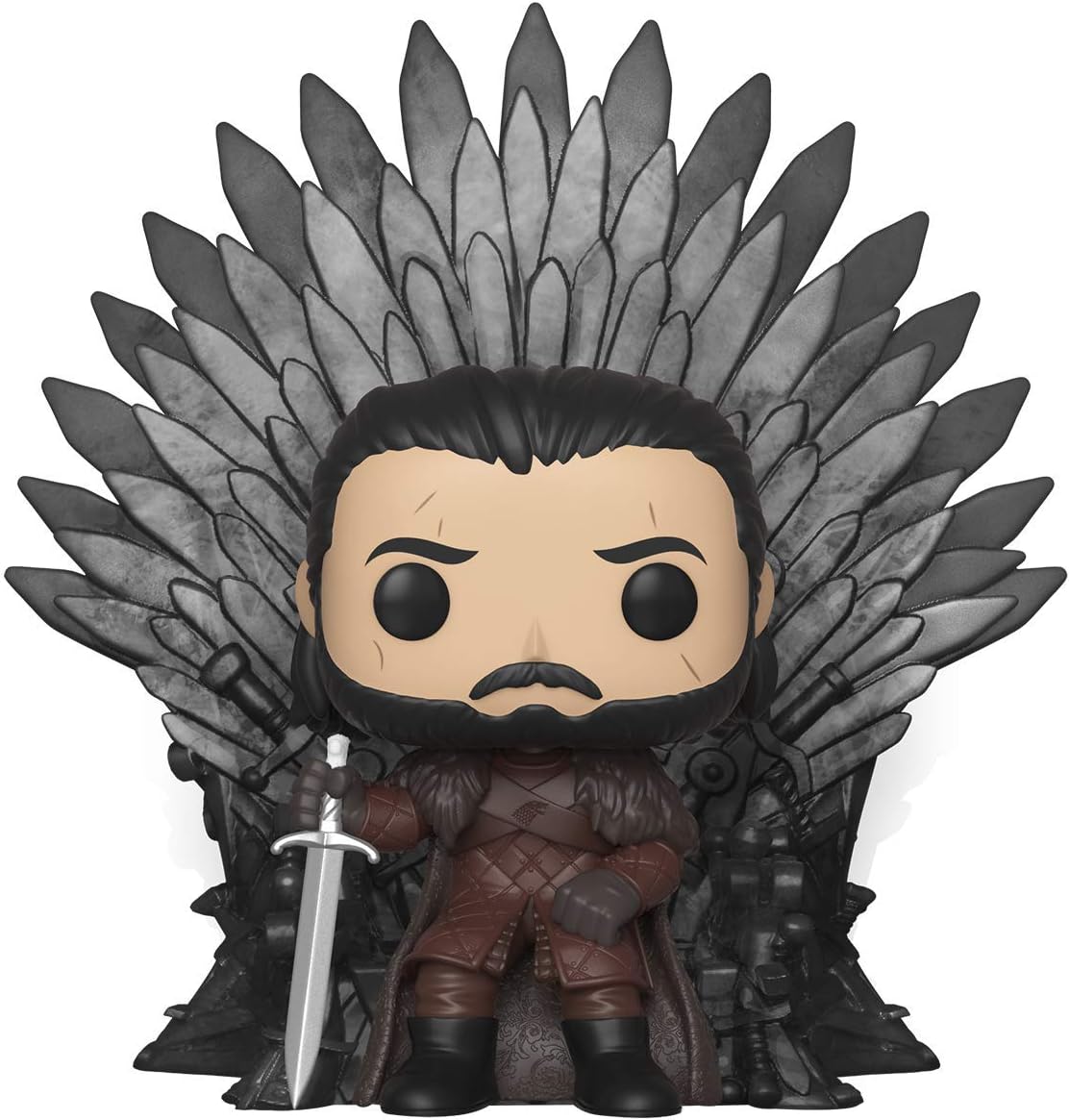 How to choose GoT merch?

Even before it ended, the Game of Thrones series became one of the most significant works of modern times. Not only is it already a significant part of pop culture, but it has millions of fans around the world.

Fortunately for those same fans, there is now an extensive range of merchandise and fan items. From simple T-shirts with the famous logos of Lannisters, Starks, and Targaryens to complex board games, you can simply find everything. But which Game of Thrones gifts would a fan really be happy about?

As always, probably the biggest variety of Game of Thrones fan items can be found in the fashion segment. No wonder, after all, Tyrell, Starks, Baratheons, Targaryens, Lannisters, and Martells offer a wide variety of colors and mottos that are wonderful to print on t-shirts, hoodies, and sweatshirts.

Fashion always plays an important role in Game of Thrones. While some amateur collectors might be happy about one or the other sword from the series, female Game of Thrones fans might be more interested in the precious jewelry that repeatedly plays a supporting role in the series. Especially pieces like Cersei's necklace or the famous dragon eggs as a keychain are original Game of Thrones gift ideas that are great to give away as accessories.

It's mainly small gadgets that make great Game of Thrones gift ideas. Fortunately, there is a wide selection here as well, sometimes inspired by the houses or items from the series.

For example, how about a bottle opener that at first glance could also hang on the chest of the hand of the king? The motto is famous and a great little piece for the living room table. This also fits the coasters made of natural stone with their noble look or the logos of the houses, which have again been kept in different colors.

But Game of Thrones offers even more. Thus, a music box with the famous intro of the series is certainly a great gift for true fans. One of the most famous scenes is associated with the dragon eggs of Daenerys Targaryen - these eggs are also available as a candle.

Or how about a jar that could equally stand on the table of a Targaryen? So there is a wide range of Game of Thrones gifts that are suitable for both small and big fans.

The games industry has also benefited from the series. One should not only look at video games, which are very popular among fans. It is especially the board games that have come back in recent years.

Monopoly, for example, has launched its own version on the market, in which the famous locations of the series can be acquired with the familiar game principle. Puzzles and complex strategy games based on the principle of Risk are also can be found. So if you know someone who is a fan of both the series and board games or puzzles, you will end up finding the right gifts for friends and family.